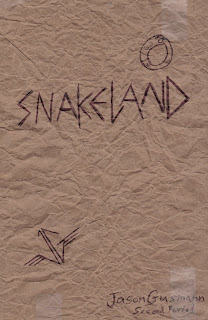 The original reason I started hanging out on the roof of my parents’ house was actually pretty traditional. Alienated kid adoption fantasy with early 1980s “E.T.” fillip: I was waiting for the spacemen to come and take me home, back where I was supposed to be, where I would make sense. By the time I got to high school (1984) this had turned into just plain physical escape from the family and the de facto hassles to the teenage scheme provided by even the mellowest of households.

But then, staring into the sunset night after night, the feeling started taking over that this would be a great spot from which to watch the end of the world. It had become clear over time that we would be the last generation, that there would be no more after us, that we were the ones who would bear witness to the End. The War was in the offing, the Plague was already here, the Fire would fall from the sky and nothing but Death would remain. The "Day After" taught us this, AIDS taught us this, the Challenger explosion taught us this, and "I've outlawed Russia forever - we begin bombing in 5 minutes" - that taught us this, too.

The list goes on: the McMartin Preschool case, Jordan, Minnesota, backward masking, the "doomsday clock", the Judas Priest/Ozzy Osbourne suicides, the "Star Wars" Defense, Chernobyl, Mutually Assured Destruction, crack. Everywhere you looked in the 1980s, the screaming skull of Satan laughed back at you. It was the end, and we were born for it, born into it. In the words of the poet, we were Made for the Plague. We would Mourn, and Fear, and Wait. It's what we were good at - we weren't taught to do anything else.

Either way, I wanted a front row seat at the apocalypse. I wanted to be above it, above the fault line, above the blood tide, up on my parents' roof. In my mind's eye, I am there, standing, facing the West, facing Snakeland. My arms are wide open, my eyes closed. I am ready for my embrace.

It comes, then, winds out in a spiral, advances like a wave, a huge tide of destruction that floods up and over me in everlasting bliss. In the words of another poet, I felt bad, baby, and I was looking for a kiss.

Never got it, though. You would’ve known.